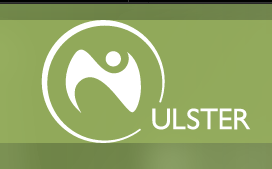 A sculpture by Dame Barbara Hepworth (1903-1975), a sculpture by Denis Mitchell (1912-1993) and a painting by William Scott CBE RA (1913-1989) have been acquired for the nation through the Cultural Gifts Scheme, administered by the Arts Council. END_OF_DOCUMENT_TOKEN_TO_BE_REPLACED

Undated, it was one of the paintings Scott showed at the São Paulo Bienal that opened in September 1953. Although there is always the possibility that it was painted in the winter of 1952, it seems more likely to date from the first half of 1953, a period when Scott was increasingly preoccupied with what he called ‘more linear forms of structure’ with ‘square forms that could be descendants of earlier pictures’.  Here, the black rectangular form with a thin white vertical strip is a straight descendant of the earlier tabletops with a coffee pot. END_OF_DOCUMENT_TOKEN_TO_BE_REPLACED

Anita Rogers Gallery is thrilled to present an exhibition of 1950’s – 1980’s paintings and drawings by British artist William Scott. The exhibition will be on view October 16 – December 21 at 15 Greene Street, Ground Floor in SoHo, New York. The gallery will host an opening reception on Wednesday, October 16, 6-8pm. END_OF_DOCUMENT_TOKEN_TO_BE_REPLACED

Beaux Arts Gallery worked with the late artists Frost, Scott, Lanyon and Heron during their careers and this exhibition offers a retrospective of some of their greatest works created as they revolutionised British Art. END_OF_DOCUMENT_TOKEN_TO_BE_REPLACED

This September, to celebrate the centenary year of Ann Dannatt, Waterhouse & Dodd will display works from the George Dannatt Trust, a collection formed over the course of George and Ann’s 66 year marriage. The exhibition will feature George’s paintings alongside selected works by artists the Dannatt’s knew and collected, including Wilhelmina Barns-Graham, Denis Mitchell, Patrick Heron, Terry Frost and John Wells.

END_OF_DOCUMENT_TOKEN_TO_BE_REPLACED

Dellasposa is pleased to present Modern Mavericks, an exhibition that explores the work of Pablo Picasso and Henri Matisse and the indelible mark they left upon British modernism through the artists Patrick Heron, Terry Frost, Patrick Caulfield, and William Scott.

Pablo Picasso and Henri Matisse stood at the heart of modernism as they crossed the frontier between figurative art and abstraction in their unique quests for new aesthetic expression. The exhibition traces the ways British artists engaged with a much deeper and more varied appreciation of the modern masters than is widely understood, by drawing a comparison with Picasso’s metamorphosis of style and Matisse’s use of colour and pure line. END_OF_DOCUMENT_TOKEN_TO_BE_REPLACED

How was it done?

Scott is probably best known as a painter, but there is a strongly graphic character to much of his painting, and drawing was always important to him even though, until the early 1970s, he chose not to exhibit his drawings. It is as though, prior to this time, he regarded drawing as a mode of personal research and experimentation. The inclusion of drawings in two major shows of his work in 1971 and 1972 – to great acclaim – changed his mind, and from then on drawing was a significant, primary pursuit.   END_OF_DOCUMENT_TOKEN_TO_BE_REPLACED